On this page you can find all information and details how we have tested serial console and reset on iMX6 TinyRex boards. 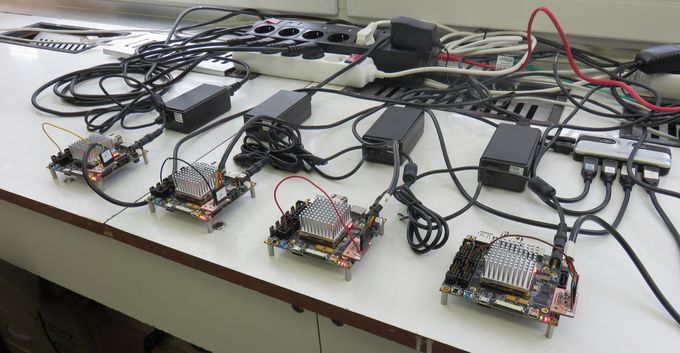 We have done a lot of testing on our iMX6 TinyRex boards. During one of them we spotted a slightly glowing LED when the board was fully turn off. We found out that this behavior was related with an UART serial cable plugged in. We used FTDI TTL-3V3 UART to USB cable for controlling and debugging (here you can find the original datasheet).
The next issue which was made by the plugged serial cable occurred in low temperatures. When we wanted to reset the board, bootloader did not come up when this cable was plugged. This is the main reason why we fixed this issue and test it afterwards.

To solve the problem we needed to avoid the voltage passing to the not powered board from a FTDI serial cable. On the picture below you can see the pinout of the serial cable.

From cable side pins TXD and RTS# are outputs. UART idle state of these pins is high - +3.3V in our case. This high level can go to the internal CPU pull up resistors / protection diodes. Because the board is turned off, a current can pass through pullups to the main +3V3 power rail. This voltage (we measured between 1.3 and 1.8V) can slightly turn on the LED or even prevent from the proper reset.

The rest of the UART signals on the cable - RXD and CTS# act as inputs from the serial cable point of view. Inside the FTDI cable chip FT232RQ is used (you can have a look at it also from the manufacturer site). In the document you can find that the input pins have internal pullups tied to VCCIO voltage. On the input signals we will have a voltage even if CPU outputs are not used. These internal resistors can also create a similar situation as with output pins. This is why we will separate also input signals.

The remaining signals on connector are GND and +5V output from the cable.

The another goal was improving the ESD protection of the CPU pins. When our +3V3 power is down, possible ESD surge cannot pass the ESD diode and discharge in the +3V3 power voltage.

For the simplicity we selected a MOSFET transistor as a bus isolator. Here you can find more info and examples. On the picture below you can see the isolation (when you click on the picture whole schematic will appear). 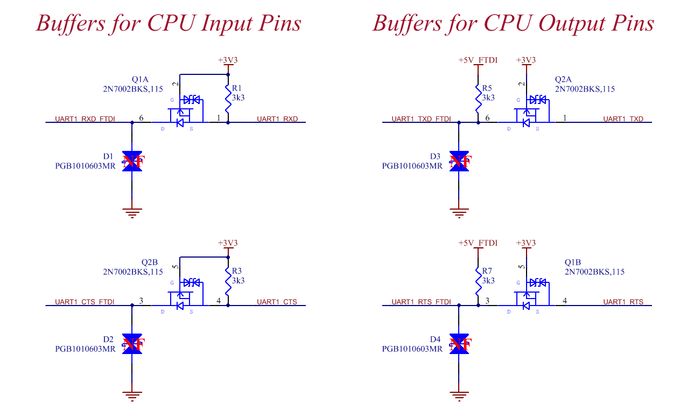 We also added an option to not fit the transistor and bypass it. Dual 2N7002BKS MOSFET transistor (here you can find original datasheet), which we selected, provides up to 2kV ESD protection for all pins. ESD protection can be further enhanced when TVS diode will be fitted.

When we used this isolation (transistor is used as open drain), it is then possible to use a device with another level of serial interface. This way it can be use 5V logic TTL-232R-5V cable or connect a device with an another supply voltage (must be equal or higher to +3.3V). In the boards for production we also added an option to bypass +3V3 board voltage with FTDI supply cable voltage using a diode (only in the direction from the board to the cable). In next stage we will measure if pull up resistor will not affect the waveform of signals.

To test the quality of serial communication and reset reliability we built a setup using four iMX6 TinyRex boards. We used a power LAN manageable switch EG-PMS2-LAN to turn on and off the boards in short time intervals. Then we checked if the board booted up to U-Boot through the serial console. For this we have used a simple script (have a look at the software section for more info).

Power switch setup
During the testing in an environmental chamber we directly connected the control PC with the LAN switch. To avoid using a network switch or a DHCP server, we used crossover Ethernet cable and static IP addresses. On our control PC we used Ubuntu 9.04 operating system.

To setup the power switch we have done these procedures:
- turn on the switch with crossover cable connected to control PC (with static IP e.g. 192.168.0.1)
- hold IP Config (C) button (the one closest to the Ethernet connector)
- while holding IP Config button press and relese Reset (A) button (the one furthest from the Ethernet connector)
- wait at least 3 seconds while still holding the IP Config button
- release the button and wait at least 1 minute 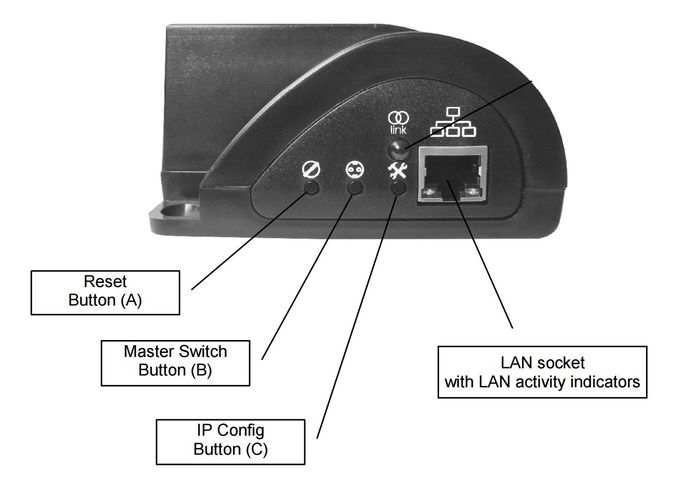 Now you can access the power switch on address 192.168.0.254. You can find detailed information in the user manual of the switch (also located here).

Webcam setup
Sometimes happened that the LAN power switch did not change its state. During the testing we wanted to be 100% sure that the power management is working correctly. For this we used a simple webcam directed to the power switch LED and watches displaying the time. This way we can relaid on our results. We recorded the power indicator for the whole time of the of test. We could then check it with the log file. 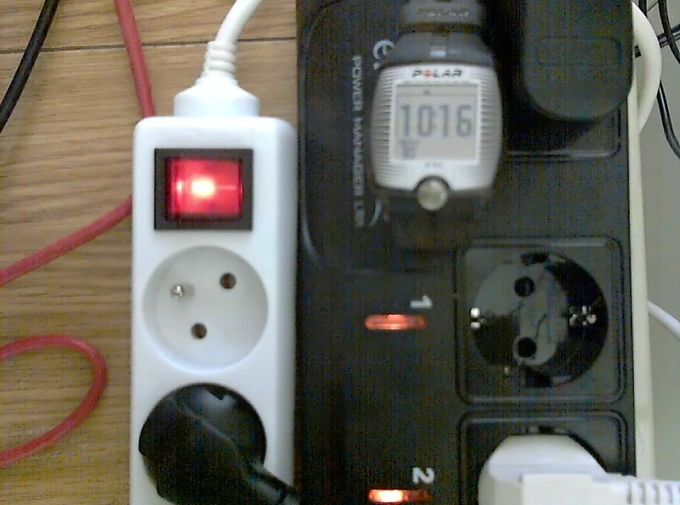 We used Logitech C260 webcam connected to a laptop which recorded its output. Setting up the capturing in Windows is straightforward. Just download the camera app here and install it. Do not forget to create enough space on your hard drive and possibly use smaller resolution.

U-Boot update
We did not want to fully boot the boards into the Linux - we were testing bootloader rather than the kernel booting process. We disabled the auto boot and replaced it with printout of the MAC address (not all our U-Boots shows MAC address automatically).

Starting the test
These are some point you should done before you run the script:
- fit console isolation breakout into the board connector J10. Be sure you plugged it the right way.
- connect cables form breakout to +3V3 power rail (e.g. pin J16-4)
- plug main source adapter into the power jack
- supply all the power adapters from socket 1 only (you can change it in the script)
- connect FTDI serial cable with board and control PC. Use USB hub for more than 2 boards.
- open terminal in your control PC, log as a root and run the script (parameter defines number of used boards during the test):
- you can also open second terminal and list the log file to see what is happening during the test

During the testing in our lab, we did not see any difference with or without serial cable isolation. All the boards were booting up successfully for over 2 days. Few times we encountered problem with power switch (did not turned off in specific loop). We double checked these moments with the webcam - we have seen that the switch did not work properly in that time. Here you can see one of our final statistics:

You can see that we included also another information into the statistics. Firstly we added a number of the board - based on the port where FTDI cable was mapped (e.g. board 1 for /dev/ttyUSB1). Then we printed also the MAC address of specific board from U-Boot environment. This way we could easily differentiate the boards.

Testing in low temperatures
After the testing in a room temperature we have decided to repeat the conditions when we have seen a problem with booting - below the -20°C. For this we again went to the environmental chamber with the boards. 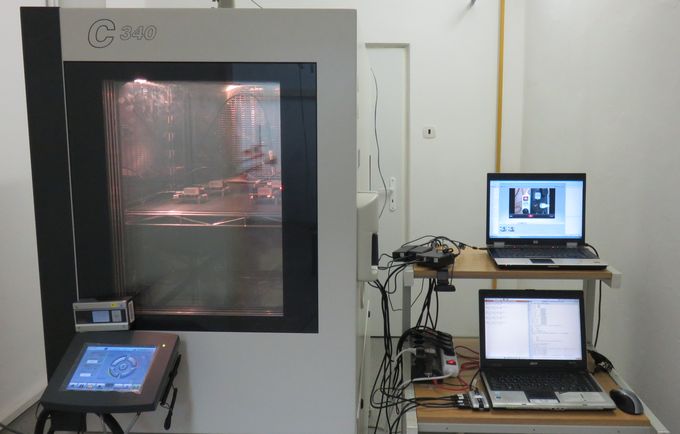 Then we changed the setup - we took of the breakouts from 2 boards and mounted them on the failing ones. After we went to lower temperatures the boards with console isolation (which were failing in previous setup) now booted every time. Two boards without isolation (which working fine when isolation was mounted) started failing. This way we were sure that the isolation resolved the reset problem for every board. Here you can see the result from one of tested setup (boards 1 and 3 used isolation, boards 0 and 2 were without them):

We also did some reset test with long off period in -60°C. Boards with isolation booted up into U-Boot every time.

Waveform measuring
To be sure that the isolators (which act as an open drain outputs) do not affect the signal, we measured it with an oscilloscope. The timing of the signals after the buffers is almost same as for the original signal. Difference for TXD signals is in another level (FTDI cable pulles up the level to +5V).

Main script
We created a long running script for testing the reset. It repeatedly switches on and off the boards to simulate heavy reset conditions. As a result it outputs the statistics and logs into the separate files.

Script is starting by preparing the files which will be used during the test. Apart of summary log file it creates also one separate file to store the current U-Boot output for every board. In each loop are these logs overridden. It also setup variables and the statistics output.

Then the script goes into a infinite loop (it will be terminated by hitting Ctrl+C escape). At first all serial terminals are open - we use picocom terminal. They are opened in separate sessions using screen command. Then we switch on the power and wait for U-Boot to start. The script will then look if the log file contains the string U-Boot at least twice. This way we will know that the boot was completed (you can find string U-Boot in the start and also in the very end):

According to the U-Boot output script will update the statistics. To simulate the worst condition, we will close the picocom terminal in every loop. After the power socket is turned off, the loop starts another iteration.

If Ctrl+C is pressed, testing loop is terminated. In the escape function we close the screen session with opened picocom.

Below you can find the complete script:

Power switch control script
For switching on and of the LAN power sockets we used a script called Lampengeist created by rewoo. In the script we only changed config variables and added more testing outputs (or redirect some of them to our file instead of system log).

The use of this script is really easy. You just need to specify number of the socket to be changed and the desired new state:

The log file will inform you about the update:

This approach have one disadvantage. We cannot check if the switch actually updates the socket state based on our request. It is done without no feedback. This way we encountered some loop numbers when the board was not properly supplied.

Here you can find our updated file:

A tip how to update the files
During the debugging when we moved files between Windows and Linus environment we found useful command dos2unix. This can helps when Windows add some special characters into the scripts. Even better option may be to copy and paste files using PuTTy SSH session.